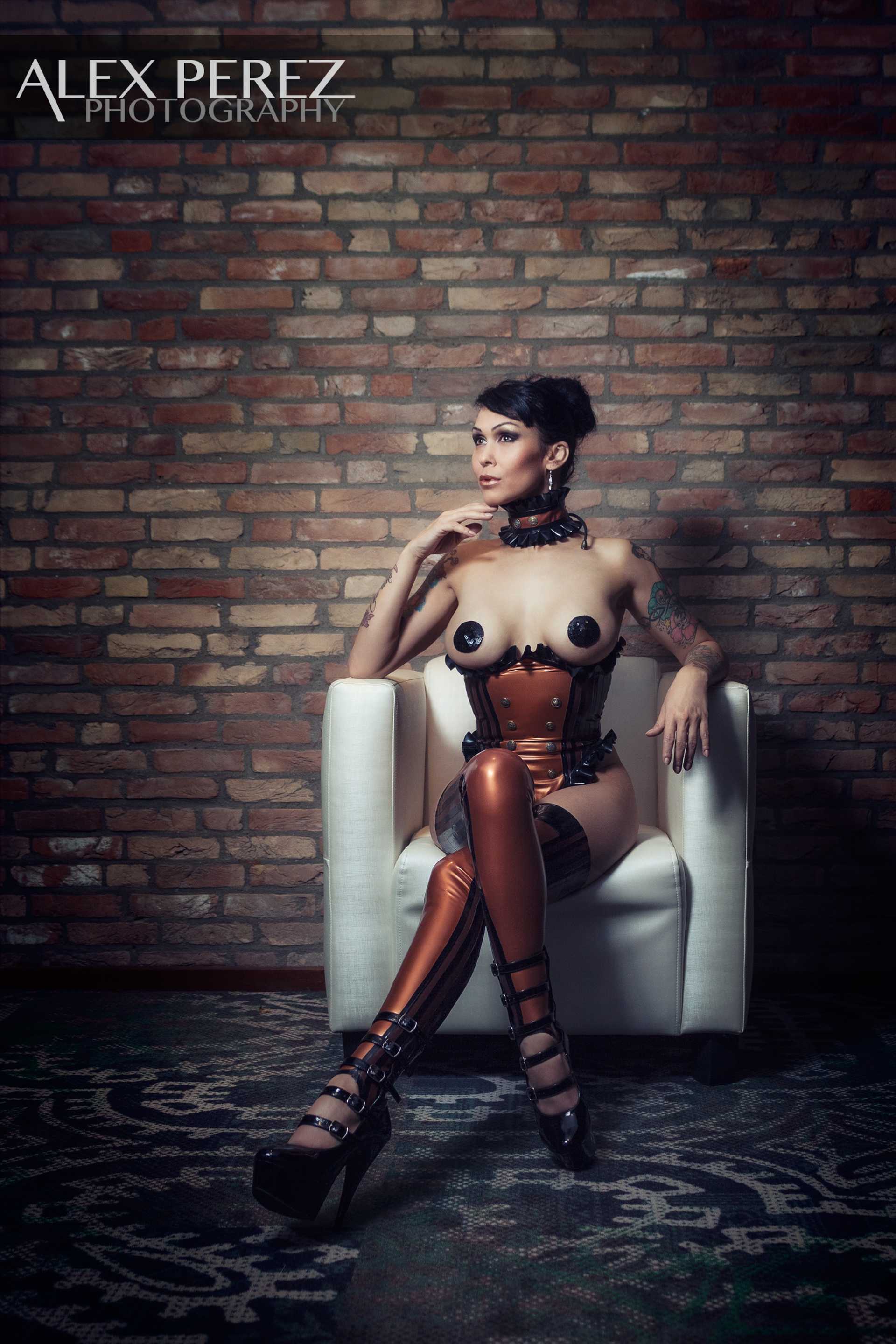 Álex Pérez, aka Deadlywood, is a Spanish fetish / alternative photographer based in the Netherlands who, since 2009, has put all his effort and skills in showing his very personal, elegant and unique vision of the feminine beauty.

Passionate of true photography, that one which stays true to the original image and which runs away from unnecessary photo manipulation, and mainly focused in portrait.

Álex looks for the beauty of the darkest, the shocking, the forbidden… of very carefully picked women whose magic lies beyond their amazing attitude and attractive. Women whose image never fails to escape from absolute indifference.

His photographic journey has taken Álex to shoot all around to different countries, from Germany to the Czech Republic, from England to Belgium, from France to Sweden, from Greece to the USA, among others… and to take part as a regular guest in the most renowned fetish events worldwide like Wasteland (NL), the German Fetish Ball (Germany), Fetish Fantasy Fair (Las Vegas), Demonia Nuit (Paris). It was precisely at Fetish Evolution (Germany), where Alex was awarded as the Best International Fetish Photographer of 2015.

Álex has shot campaigns of most of the most well-known latex designers like Brigitte More’s Lovely Latex (NL), Lolalicious (Germany), Westward Bound (UK), Pandora Deluxe (UK), Simon O (Austria), Inner Sanctum (Germany), Odd Territory (NL), Ausrie Fel (Germany)… and worked with the most stunning models of the scene, standing out his partnership with the always many faceted and impressive muse Shelly D’Inferno, which took both of them on several photographictours from the Arizona desert to the black sand beach in Iceland.

His fellow Spanish comrade Eccehomo and the North American Steve Diet Goedde are Álex’s main influences and one of the reasons why Alex decided to grab a camera. The other is to create his own magical world with the help of his stunning models.